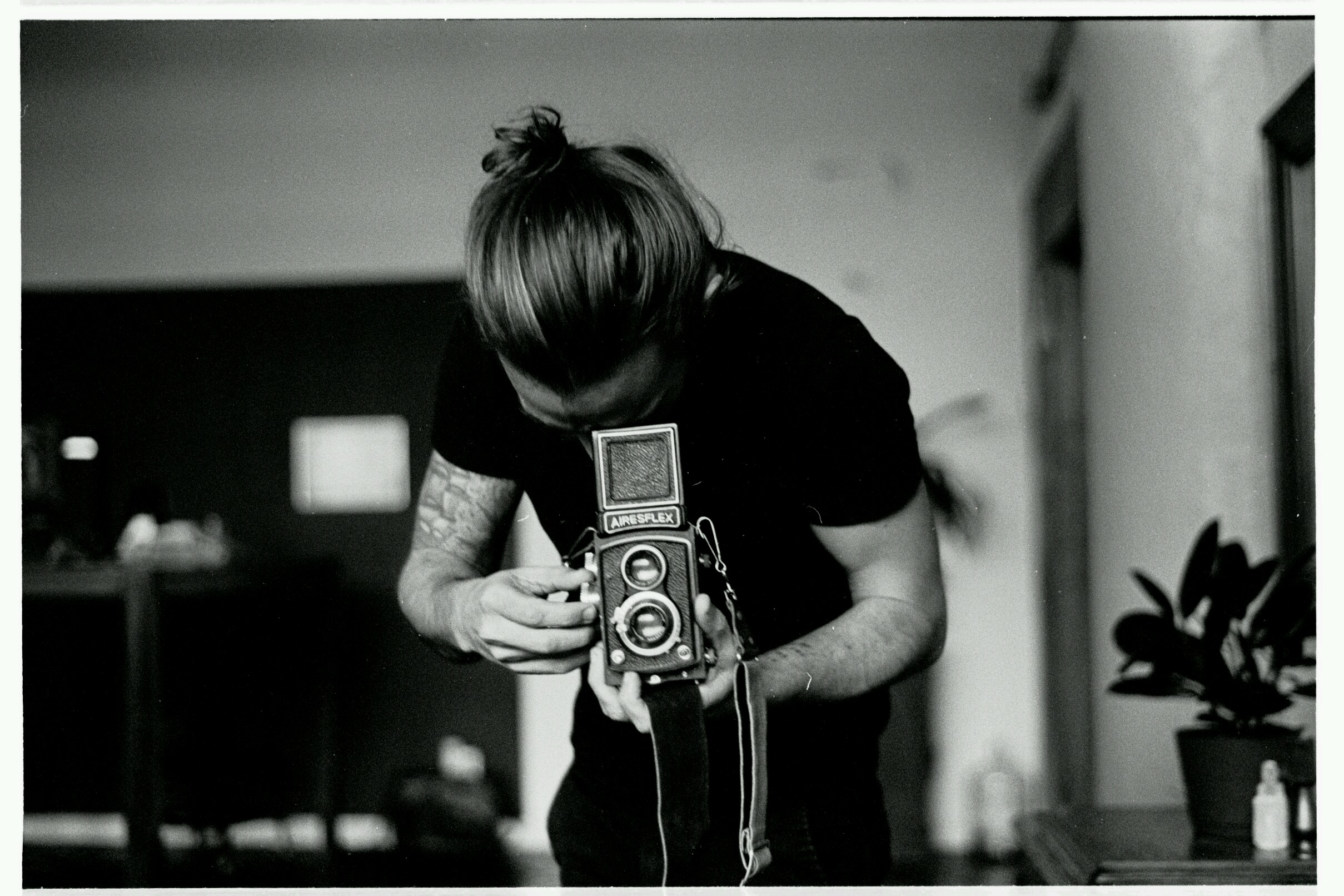 The more I shoot with this camera the more I fall in love with it! After sending our for a custom focus matte (I HIGHLY recommend Rick Oleson‘s work) as well as a newly-cut mirror (Marty is another camera pro), I stuck the Airesflex on the tripod and went out for a walk with Fox. The difference is a night and day – almost literally. I have included a before and after shot (exposure was unchanged between shots) for anyone who is considering replacing a TLR focus screen and is on the fence. Do it. You won’t regret it, and the experience of servicing your own camera is paradoxically one of anxiety-inducing bliss (if everything works out in the end, that is).

Before I get to the sample images a couple of notes. First is that I burned through this roll to get some black and white in the Airesflex – we just bought B&W dark room supplies and I’m eager to get stuck back in – so that said, the images aren’t my best. Still, they show how sharp this little TLR can be. Second note is that I did play around with colours and contrast in post (and spot-corrected dust), but otherwise they are fairly representative of what the camera is capable of on Kodak Portra 400. I would be intrigued to see what sort of contrast and colour the lens produces on some slide film.

E.U. law now requires that I inform you that I use cookies to anonymously collect analytics to improve the site. Feel free to block them in your browser, or click to consent and dismiss this notice:Agree & Dismiss