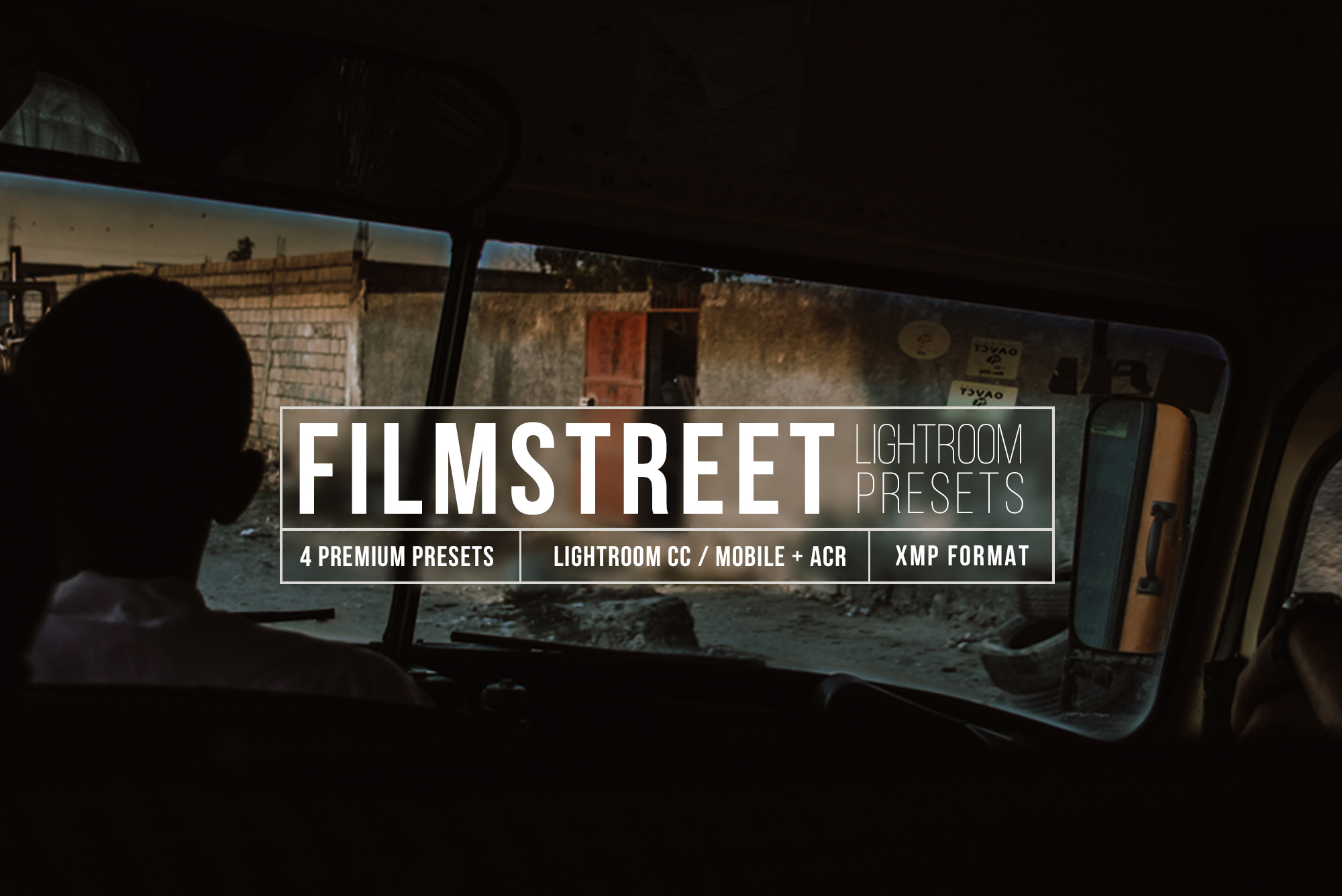 (This offer has now expired, but feel free to join my mailing list for a 50% discount on any pack!)

I grew up shooting film on cameras that sell for a couple of bucks these days. I miss the dark hours in my bathroom, mixing up magic potions that would make a moment in time come back to life. I’ve also been a street photographer for more than a decade, and when it’s not convenient to shoot film I still like to give my digital work the same gritty, contrast-filled style that street photographers have been putting out for over a century. My new FilmStreet pack is absolutely ideal for street photography, photojournalism and other travel photography. I’ll be releasing a dedicated photojournalism pack soon, but in the mean time I hope you love these! This pack was another nostalgic project for me. Time is passing you guys, and just like memories I feel as though some things shouldn’t slip away. Inspired by film and the men and women who mastered it, these film look lightroom presets are a nod to timeless photographs shot using timeless methods.

E.U. law now requires that I inform you that I use cookies to anonymously collect analytics to improve the site. Feel free to block them in your browser, or click to consent and dismiss this notice:Agree & Dismiss