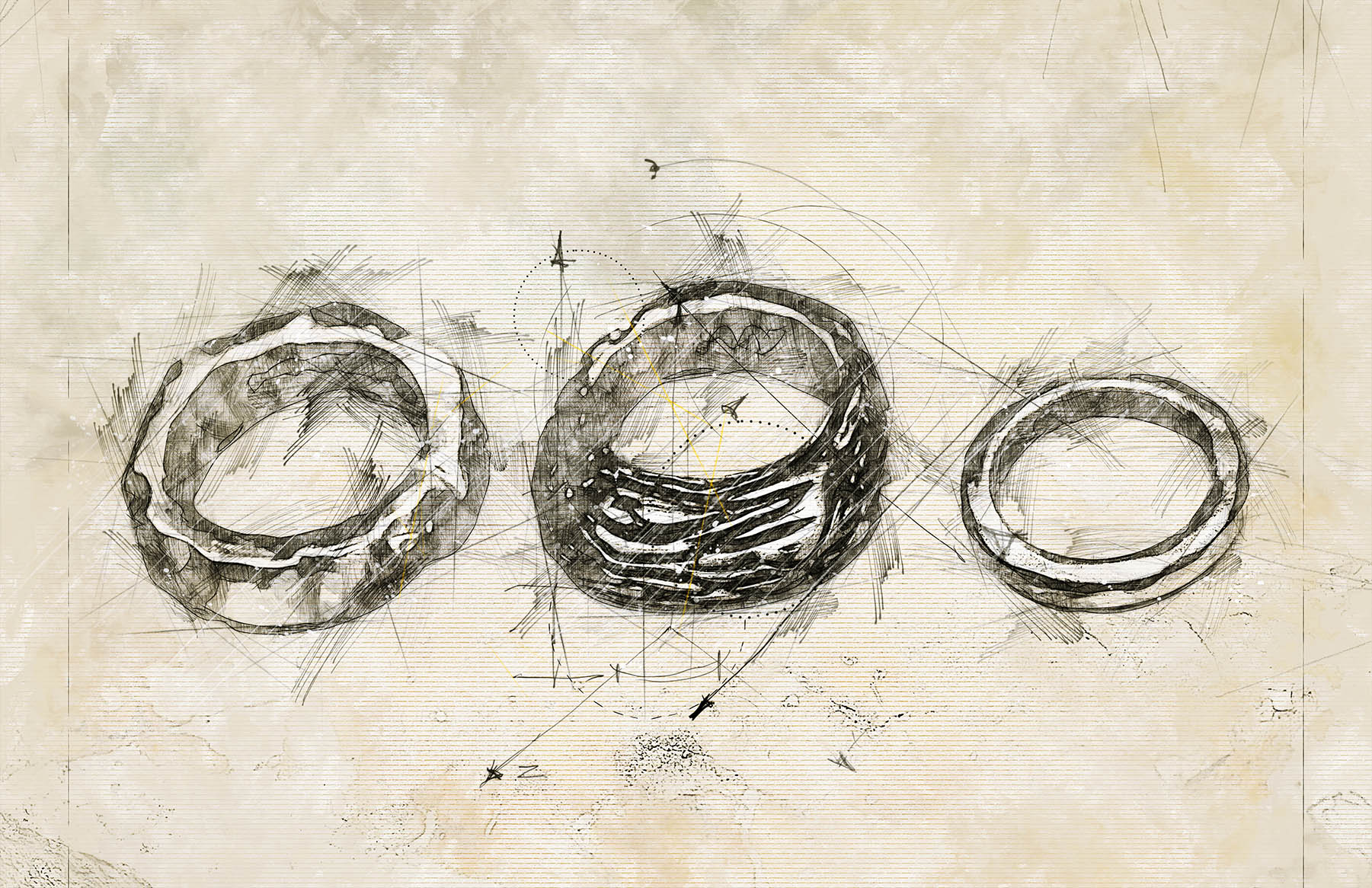 Laid out in front of me are a few simple tools. A small scalpel, some instruments for scraping and etching of my own design – an old bare file that I bought at a car boot sale. The tools are relatively new to me, but already I am beginning to know their weight in my hands – to understand the ways in which they slice and shape at my touch. I take the file in my hands, relishing the cold feel of the forged metal against my palm. I love its analogue simplicity…I love the way it doesn’t come with a charging cable, or give me my goddamn notifications. I place it back down next to a cup of coffee that will undoubtedly get cold before I drink half of it. In the midst of everything and directly in front of me sits a piece of unremarkable green opaque wax, bright against the dark wood of my work bench. It is rough and jagged on each end due to my inattentiveness and haste whilst sawing it off the block. Over many hours, I will try and work this piece of wax into something that will eventually outlast me and everyone else I know or will ever meet…but in its present form this small, ephemeral chunk of organic compounds would wither and waste at a harsh glare from the sun. 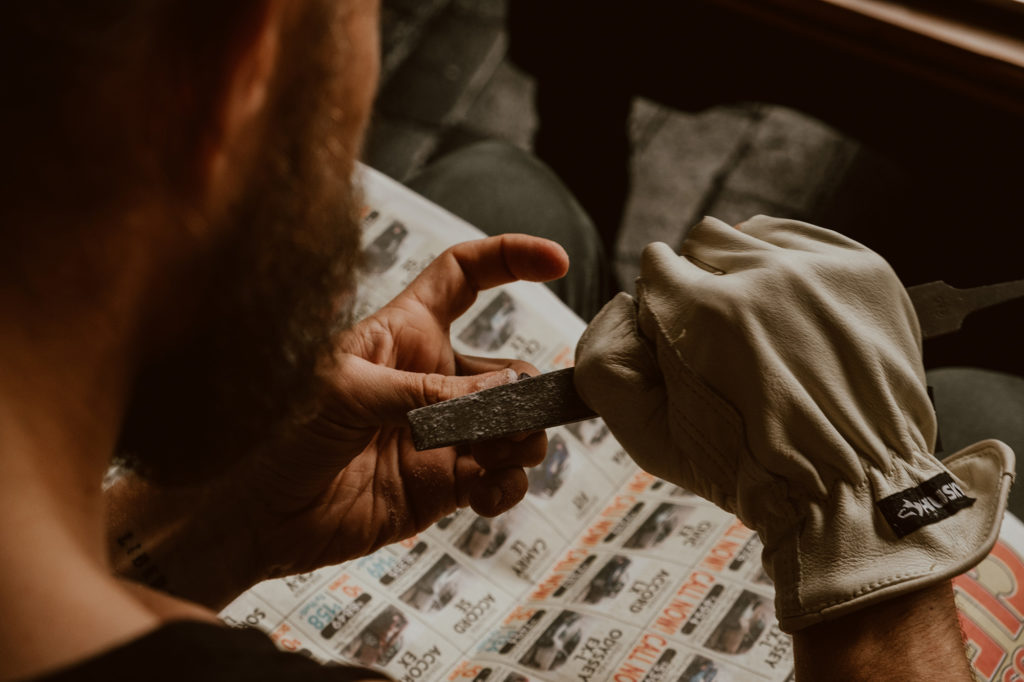 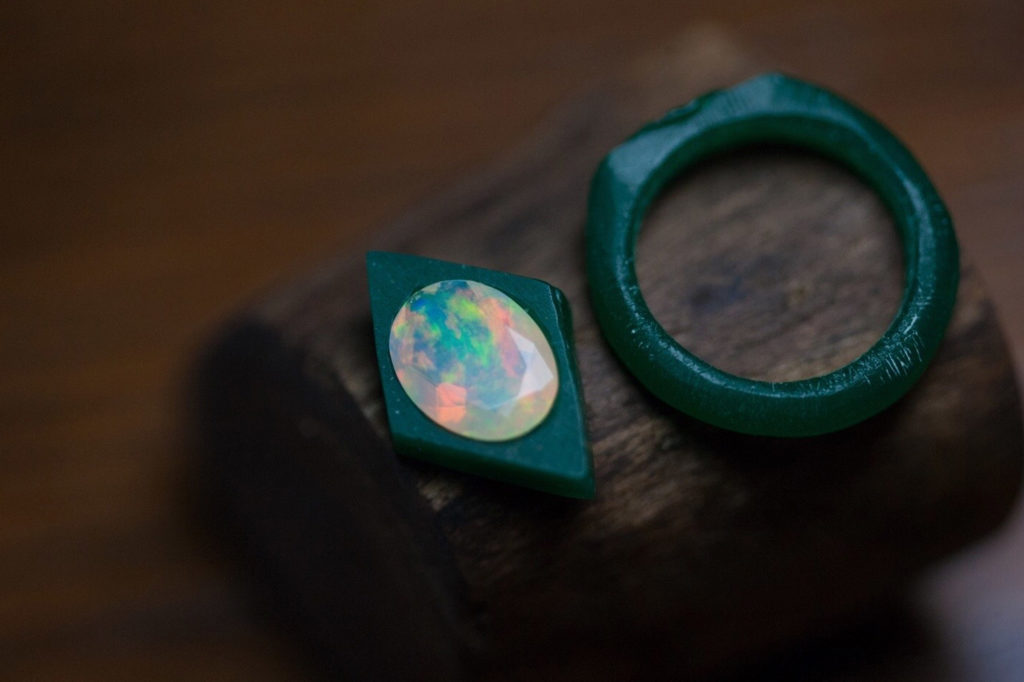 TEST-FITTING OF OPAL IN WAX MODEL BEFORE CASTING

Sometimes I have a general idea of where I will go with the wax. These hours are more refined, the defined goals demanding a structured approach that both irritates and delights me in its challenges. More often than not, I just make this shit up as I go.

Today it is the latter, and I allow the wax to take me…to show me what lays beneath. I put file to wax in a fluid back and forth motion…the quiet rasping barely breaking the silence that has grown around me. At first, I think about my life – the choices that have led me up until this point. I think about the job I have just quit, the bills that I have to pay…the time that I have left in which I will be able to pay them. All external sound is audible, but I hear only echoes of it now and then; like lapping waves of consciousness above the silence. Then I enter the ‘other place’. Time has no meaning in the ‘other place’. Minutes become hours…hours become minutes. Worry and stress…the veil of age and burden of passing years are slowly lifted, cut away, micron by micron with each movement of my file or scalpel. 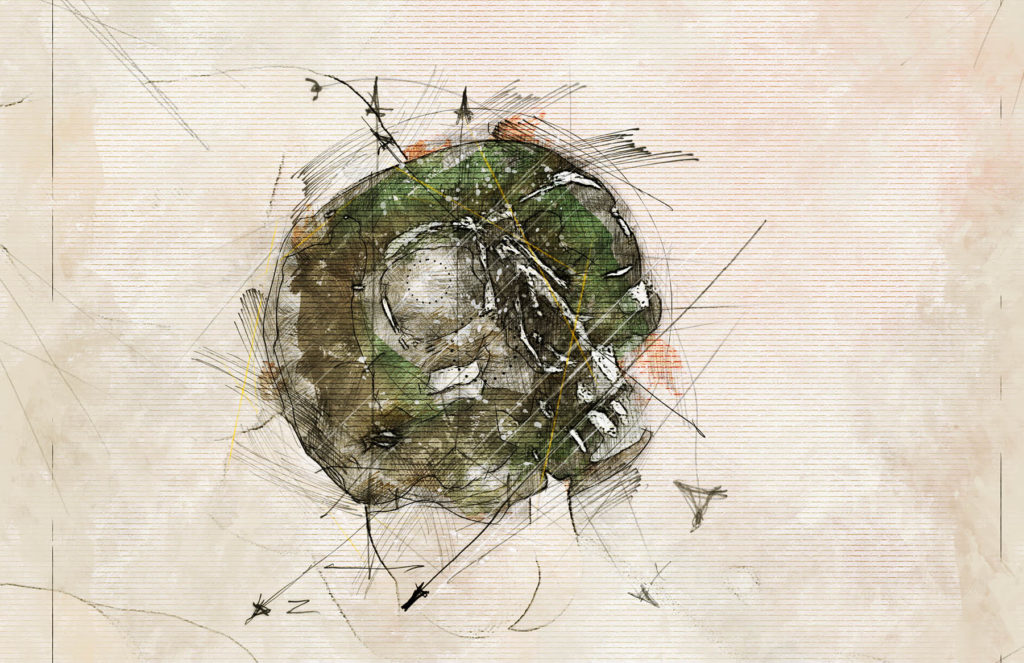 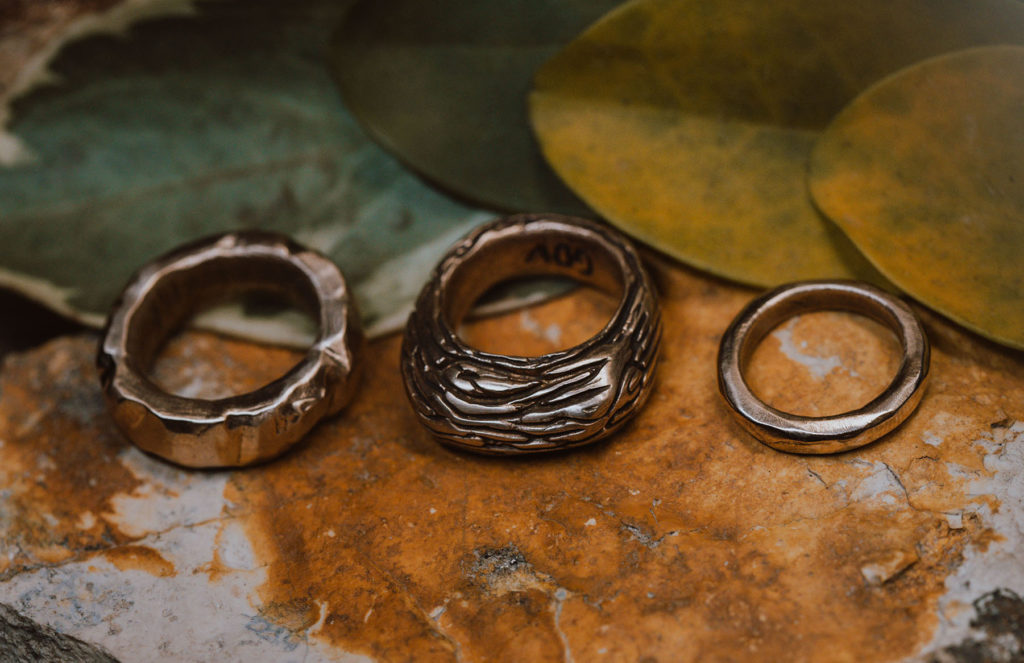 Layer by layer, micron by micron, emotion by emotion the wax is shaved away – losing the shadows of its former shape and taking on new meaning, new purpose. The wax is nothing – the wax is everything. Distraction. Escape. These are the things that I sought when I first picked up a chunk of wax. Instead, in the other place I find joy…resolution. A garden of peace within. Not distraction…restoration. Not an escape, but a temporary retreat. Within me, the chaos has settled somewhat…the inner voices are not gone, but their roar has died to a muttering. I can live with a muttering. Maybe with time, that too will fade.